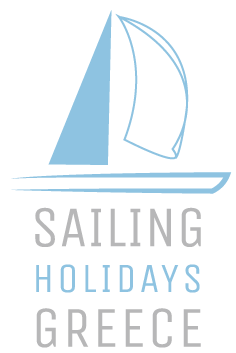 Sailing holidays in Greece with skipper are recommended for those who want to relax and sail safely with someone who knows from years the region and can suggest, according to the different needs of each one, the most suitable destinations. Tommaso Massari is an extremely experienced skipper, with a long sailing experience in the Mediterranean Sea and in the Caribbean Sea. He is also an expert mechanic and maintainer. His passion for the sea led him to choose this profession since he was very young and grew up on the waves. He has diving licence and first aid certifications. He is also a musician, he plays bass and electric guitar.

“My first sailing experience was on an aluminum boat of 10.50 meters length, built by a close friend. I was 18 and never stopped sailing. Since then, when I thought of myself, I saw a man at the sea. I changed my attitude towards things: those things which “land” started to bore me, so I follow the waves enthusiastically towards the most beautiful adventure of my life.”

In the best Beneteau’s tradition, the model Cyclades 50.5 matches excellent sailing performance. Our sailing boat is solid, comfortable, well equipped, accurately prepared and maintained. It offers plenty of room for common spaces both indoor and outdoor.  It has 4 double cabins, 1 single and 1 forward cabin for the skipper, a large saloon with an equipped kitchen and large clear open decks for lying in the sun. A high capacity of water (1,000 liters), a 4 Kw generator and solar panels give the boat a complete autonomy and allow it to offer our guests maximum comfort and more enjoyable time (only one stop per week for water supplying). Big Mama is the best choice for your sailing holidays in Greece!

The Greek Ionian islands are considered a paradise for sailors, either experts or not.
Formerly called Heptanese, this is an archipelago made up of seven main islands and a multitude of smaller islands and islets, once exclusive destinations for the international jet set, as Skorpio. Today they are easily reachable and affordable to everyone. Sailing holidays in Greece are perfect for those who are looking for tranquility and solitude.

Lefkada island is separated from the mainland by a canal 30 meters wide only, and connected to the mainland by a swing bridge.  The main town is Lefkada, a  very picturesque and lively city by the sea. Our nautical base is in Vlicho.

Meganisi, literally “big island”, is immediately to the east-southeast of the island of Lefkada. The municipality includes the offshore islands of Skorpio and Sparti. We will visit some of the beautiful beaches and the impressive cliffs bay.

Kalamos island lies on east of Lefkada, near the Greek mainland. Here you will admire the amazing bay known as “Onassis bay” because this was one of the favourite clear water beaches of the billionaire.

Kastos is a small island near Kalamos. Beautiful and quiet bays are waiting for you! A windmill from where you can enjoy a great view on the sea, will be the place of our drink at sunset before a delicious dinner at the nearby taverna.

Atoko is a small island off the coast of Acarnania and has no resident population. Visitors are allowed to land on the island. A small chapel can be found by following a short path from the beach at One House Bay. There is another amazing place in Atoko, Cliff bay.

Here the myth comes true. Ithaca is the home of Odysseus, the hero that crossed the seas for twenty years before coming back to his land. Beautiful and secluded beaches are reachable only by sea.

“I am Odysseus, Laertes’ son, world-famed for stratagems: my name has reached the heavens. Bright Ithaca is my home: it has a mountain, leaf-quivering Neriton, far visible. Around are many islands, close to each other, Doulichion and Same and wooded Zacynthos. Ithaca itself lies low, furthest to sea towards dusk; the rest, apart, face dawn and sun.” (Odyssey 9.19-26.).

Kefalonia is a land rich in archaeological evidence of her glorious past. We will sail on a clear sea and reach hidden bays, mysterious caves and beautiful beaches, as Myrtos, whose coast is surrounded by an amphitheater-like cliffs.

FIND OUT THE COST.

You are no longer asked to show a Covid vaccination certificate. We will decide, according with the Government guidelines, if everybody should be tested, including the skipper, with a rapid test done in the last 24 hours before the boarding.

To know about the ideal time for a cruise, availability of the boats, prices and every information to reach us.

We use cookies on our website to give you the most relevant experience by remembering your preferences and repeat visits. By clicking “Accept All”, you consent to the use of ALL the cookies. However, you may visit "Cookie Settings" to provide a controlled consent.
Cookie SettingsReject AllAccept AllRead More
Manage consent

This website uses cookies to improve your experience while you navigate through the website. Out of these, the cookies that are categorized as necessary are stored on your browser as they are essential for the working of basic functionalities of the website. We also use third-party cookies that help us analyze and understand how you use this website. These cookies will be stored in your browser only with your consent. You also have the option to opt-out of these cookies. But opting out of some of these cookies may affect your browsing experience.
Necessary Always Enabled
Necessary cookies are absolutely essential for the website to function properly. These cookies ensure basic functionalities and security features of the website, anonymously.
Functional
Functional cookies help to perform certain functionalities like sharing the content of the website on social media platforms, collect feedbacks, and other third-party features.
Performance
Performance cookies are used to understand and analyze the key performance indexes of the website which helps in delivering a better user experience for the visitors.
Analytics
Analytical cookies are used to understand how visitors interact with the website. These cookies help provide information on metrics the number of visitors, bounce rate, traffic source, etc.
Advertisement
Advertisement cookies are used to provide visitors with relevant ads and marketing campaigns. These cookies track visitors across websites and collect information to provide customized ads.
Others
Other uncategorized cookies are those that are being analyzed and have not been classified into a category as yet.
SAVE & ACCEPT
Powered by